END_OF_DOCUMENT_TOKEN_TO_BE_REPLACED

Since starting wwiiafterwwii, numerous people have contacted me requesting I write something on this topic. This is understandable as the M1 Garand remains one of the most popular rifles of all time, and there is a high degree of interest with American readers (and to my surprise, some readers in Vietnam as well) in the Vietnam War.

Other discussions on this topic usually end up in a fairly simplistic debate of “yes there were Garands used in Vietnam” or “no they were all gone by then” so hopefully this is of some value.

(South Vietnamese soldiers with M1 Garands on patrol during 1963.)

(A member of Vietnam’s DQTV militia takes aim with a M1 Garand in December 2018.)

END_OF_DOCUMENT_TOKEN_TO_BE_REPLACED

For people interested in Japanese firearms of WWII, the name Mukden Arsenal is familiar. The history of the facility after Japan’s defeat is less well known. Under various names, it did survive for some time, producing an odd mix of WWII weapons after the war’s end.

END_OF_DOCUMENT_TOKEN_TO_BE_REPLACED

A successor to the P-39 Airacobra, the Bell P-63 Kingcobra never saw combat in American colors but was heavily exported via Lend-Lease during WWII, and was used on three continents after the conflict.

(P-63s of three of the four air forces which operated the type.) (photo from Russian magazine World Aviation #19)

END_OF_DOCUMENT_TOKEN_TO_BE_REPLACED

France’s chaotic return to it’s Indochina colony after the end of WWII in 1945 saw the surprising use of some former Japanese warplanes, as the Indochina conflict against the communist Viet Minh began.

END_OF_DOCUMENT_TOKEN_TO_BE_REPLACED

Due to France’s defeat and occupation in 1940, the MAS-36 was one of the less-consequential rifles of WWII. However it ended up having a very long and diverse career after the war ended.

END_OF_DOCUMENT_TOKEN_TO_BE_REPLACED

The F8F Bearcat was the last of a WWII family tree of Grumman carrier-based fighters which started with the Wildcat and led to the Hellcat. It was the fastest carrier-based plane of WWII, the fastest naval piston-powered fighter of the war, and one of the fastest propeller-driven planes of any type of all time. 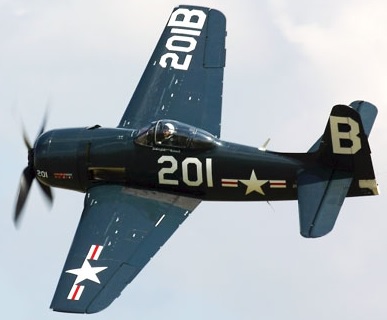 The Bearcat barely entered service during WWII. Only one US Navy squadron, VF-19 aboard USS Langley (CVL-27), was fully operational with the type, beginning in July 1945, and it encountered no combat before Japan surrendered. The F8F was already on it’s way out of American service by the time the Korean War started and saw no combat there either. However the Bearcat did have a very long and successful career with other countries after WWII.

END_OF_DOCUMENT_TOKEN_TO_BE_REPLACED

Bearn was France’s first aircraft carrier. Through a combination of bad design and bad luck, it had no effect on the outcome of WWII. However it had an interesting and important, if quiet, life after WWII. 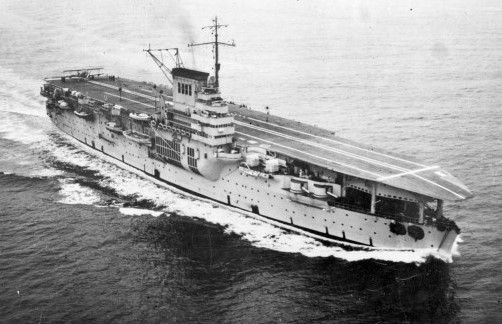 (Bearn just prior to WWII.)

END_OF_DOCUMENT_TOKEN_TO_BE_REPLACED

The Curtiss SB2C Helldiver was a standard US Navy carrier-borne dive bomber of WWII. Despite it’s somewhat mixed reputation with American pilots, it was extremely effective during the war. The Helldiver scored more dive bombing sinkings of enemy ships than any other Allied dive bomber. It’s post-WWII career with the US Navy was short. The US Navy began converting Helldiver squadrons to other types (or simply disbanding the squadrons) in 1946. The final US Navy attack squadron to fly Helldivers was VA-54, which flew them off USS Valley Forge (CV-45) in 1949. However, the Helldiver saw long and varied use after the war elsewhere.

(A French navy Helldiver takes off from the aircraft carrier Arromanches in the 1950s.)