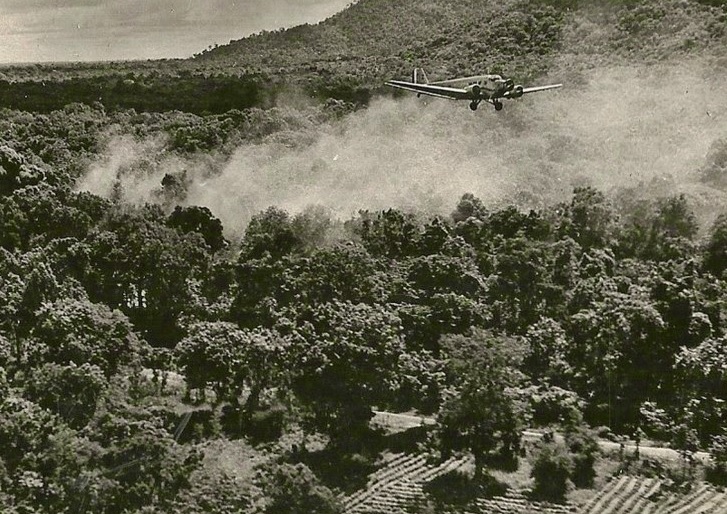 END_OF_DOCUMENT_TOKEN_TO_BE_REPLACED

Originally designed as a carrier-based gun dogfighter, the F4U Corsair, and it’s later attack variant, the AU-1, was used heavily as a ground attack plane during WWII, and almost exclusively in that role during the Korean War.

A wide variety of weapons not originally envisioned were successfully used by the Corsair: air-to-ground rockets, napalm tanks, radar, depth charges, cluster munitions, and so on.

Easily the most unusual was something that could have never been envisioned by Vought’s engineers when they designed the plane; a guided missile.

END_OF_DOCUMENT_TOKEN_TO_BE_REPLACED

The StG-44 assault rifle was probably the most advanced German infantry firearm of WWII. Surprisingly, some of these weapons ended up on the continent of Africa after WWII.

(Top: A soldier of the 28th Waffen-SS division “Wallonien” with a StG-44 during WWII. Bottom: A female Somali guerrilla with a StG-44 in 1977 during the Ogaden War.)

END_OF_DOCUMENT_TOKEN_TO_BE_REPLACED

Due to France’s defeat and occupation in 1940, the MAS-36 was one of the less-consequential rifles of WWII. However it ended up having a very long and diverse career after the war ended.