Of the whole Lee-Enfield family, the No.5 Mk.I is probably the most obscure variant to enter production, and was certainly the least successful. Only seeing action in the final part of WWII, it went on to have a fairly long postwar career around the world. 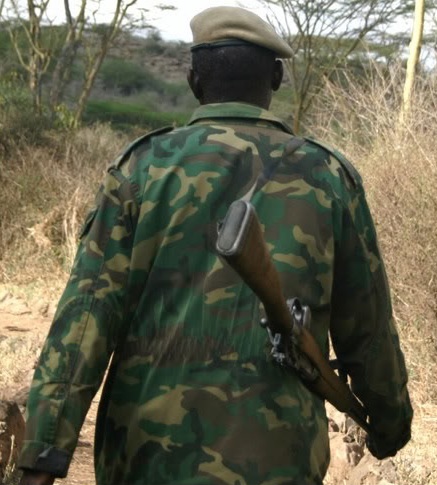 (A No.5 Mk.I Jungle Carbine as used by British troops during WWII in 1945, and carried by a Kenyan game warden in 2008 showing the distinctive buttpad.)

END_OF_DOCUMENT_TOKEN_TO_BE_REPLACED

Great Britain’s Lanchester submachine gun was a WWII firearm largely irrelevant to the outcome of the war, but which had a surprisingly long career afterwards.

The Lanchester (named after it’s designer, George Lanchester of Sterling Armaments Company) came about as a “crash” program in 1940. After the Dunkirk evacuation but before Lend-Lease deliveries picked up, the British military was critically short of small arms including submachine guns. At the same time, the Royal Air Force was concerned that, if Germany were to proceed with an invasion of England, that it’s airfields might come under ground attack. The Royal Navy was also looking for a new submachine gun to equip watchstanders and boarding parties.

(A boatswain of the Royal Australian Navy with a Lanchester during WWII.)